Audio-visual media has developed a lot in the recent times. If you have an eye for a certain kind of entertainment programs, then you will find it on the television network. The television broadcast sector is rather complex. Only a person with technical know how will be able to understand the intricate tasks. A lot happens behind the scenes so that you can gain access to your favourite programs, with the push of a button.  It is possible for any person or company to establish its own television channel. Both government as well as private organisations can create and broadcast programs on their platforms. The popularity of private channels is more than that of government channels. Here you will get information regarding what one has to do to open and operate a television channel in India. 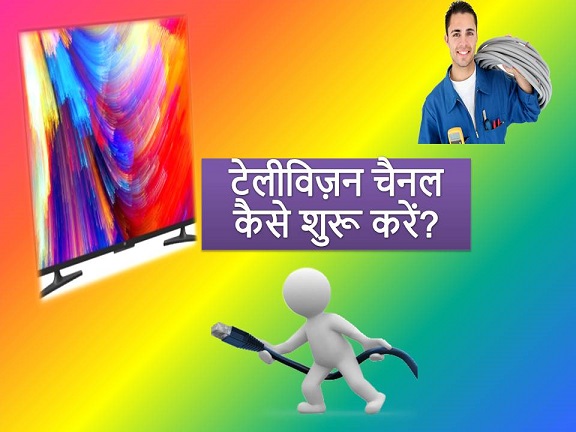 What is a television channel?

How can one start a television channel?

Earlier, it was possible for any person or company to establish and operate a television channel. But in 2014, the Ministry of Information and Broadcasting had implemented some strict guidelines. If the interested company does not follow these guidelines, then it will not get the permission to operate the television channel.

Necessary net worth of channel owner

Only those companies will be allowed to open their own television channel, which possess a net worth of Rs. 5 crore. In case the company desires to operate a news channel, then it must have a net worth of Rs. 20 crore. Only those organisations, which fulfil the necessary requirements, will be able to apply for television channel licensing. To ensure the official seal, the company must start the news channel before the completion of one year, starting from the date of application submission. The company will utilise this time to gather technicians, journalists and other necessary teams. It is mandatory for the channel owner to keep all records of expenses. One can also prepare a business plan that will come in handy for running the channel smoothly.

Avenues to earn from the channels

Necessary tools and programs to operate the television channel

How to attain permit for the television channel?

New TV channel for a startup in budget 2019

Finance Minister Nirmala Sitharaman has proposed the launch of a television channel in Union Budget 2019. The main aim of the launch is to boost Indian startups. The channel will be launched only for the startups as this would be like a platform in which issues about capitalists and the factors hindering the growth would be discussed. This would be of immense help for the startups as they would be guided towards the right path that would help them to run their startups smoothly.

However, the responsibility for running the television will be given to the startup runners only. The channel would come under Doordarshan bouquet channels. It would also help the owners of startups to know better about funding planning. So, media boosting will help startups to know the easy ways of growth.

The initiate of Startup India scheme has been beneficial for thousands of businesspersons that included individual from scheduled caste and tribes. Finance Minister is of the opinion that by the successful implementation of the scheme, the entrepreneurs have been assisted in setting up and executing business plans successfully. Owing to this, the state finance ministry has decided to continue with the scheme from 2020 to five long years.  So, effective implementation of the scheme would help develop and prosper 75,000 social entrepreneurs in India. This would include 20 technology business incubators and 80 livelihood business incubators.

How innovative strategies will help startups?

Even if startups are running in loss, they will get facilities under two circumstances. Either there should be continuity of 51% of shareholding or 100% original shareholders will get power of continuity. Also, while investing, the startups will not have to give capital gains relating to the sale of residential property. This eligibility criterion will be given to the startups for an extended time of two years. The startups can also sale the benefits before or on 31st March, 2021. The minimum percentage of share capital has been relaxed from 50% to 25%. In case of transfer of assets, the time period has been reduced from 5 years to 3 years.

In addition, the finance minister has proposed that in case of income tax filings, the startups in India will not be subjected to any kind of scrutiny. Both investor and other fund sources will be checked by means of e-verification in case of tax issues.

The Indian government has already made out ways that for improving the condition of startups in India. For the same, the government has promised to release funds for helping the startup owners. Finance Minister Piyush Goyal promised to provide an incentive to both startup owners and small business person that would help to simplify the condition of the entrepreneurs in India. Also, the government promised to achieve the idea of Digital India by 2030 that would include robotics and intelligence elements to simplify the works of the entrepreneurs.

Therefore, by the successful launch of the above-said channel as proposed in the Finance budget would be of immense help for startup owners including small business enterprises to grasp better insight into the growth and promoting the business. The entrepreneurs can also gather adequate knowledge about tax planning and proper funding of their business.